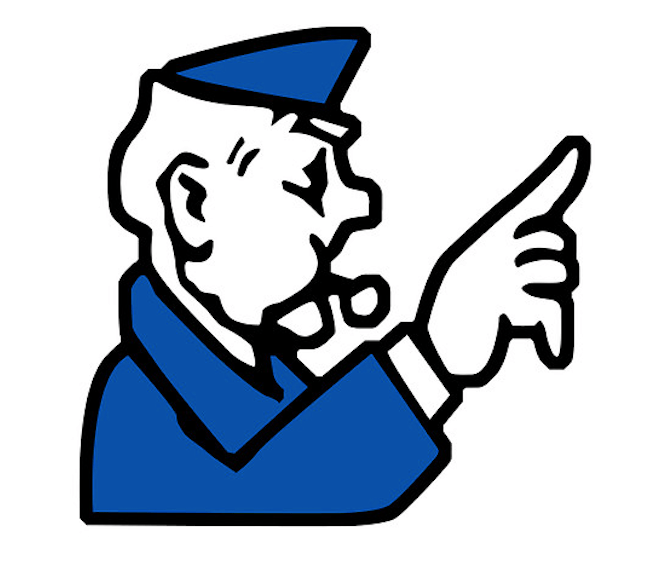 First of all: I will go as hype as never before in this article and whenever you think it goes too far – it doesn’t. 2016 was the year of surprises. Most were unfortunate. BUT YOU LIKELY MISSED THE BIGGEST ONE. A positive one at that! The unlikeliest surprise of all (and by that I do mean unlikelier than Trump and all that other stuff): The best creature for the format Highlander was printed and nobody noticed it. It’s also the best creature in Dual Commander and Canadian Highlander, just so you know. Something like this will probably never ever happen again. Heck, this might be the best spell in HL. I consider me and Lukhan incredibly lucky to have found out pretty exactly two months ago and to be on this joyride of knowing first and seeing if people notice. Today we will be at the biggest European Highlander tournament in Bischofsheim and I hope we are still the only ones who know. Because BOY will people look confused when they slowly realize what is happening.

Now you might think this is just an opinion. Just somebody trying to call the next big thing. Here come the chuckles again. Trust me on this, you cannot even begin to fathom how broken the card I am talking about is in HL. It’s Insta-fold-broken. It’s downright stupid. It is the biggest gut-punch-feeling you can receive from a creature in this format that has an affordable mana cost. It’s “Ok. Wait. What? Why?“-territory. It’s cry-ban-already-material. It’s Demonic Tutor for this 8/10 times. The other two times you get land.

Enough with the secrets. The card I am talking about is Palace Jailer. Read the card. Maybe read it a few times. Maybe you won’t quite understand yet, but you will have to admit right away that Palace Jailer looks like Varys from Game of Thrones and that just ads more to the incredible amount of greatness stuffed into this unfair piece of cardboard. 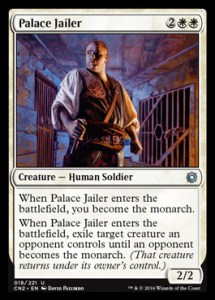 So this 2/2 costs 4 mana. When he enters the battlefield you get to exile an opposing creature. And you become ‚The Monarch‘. Now for those unfamiliar with this unremovable “status“ from the Conspiracy 2 set: If you are ‚The Monarch‘ you draw an extra card during each of your end steps. Someone else becomes ‚The Monarch‘ if they deal combat damage to you. Now for the creature that got exiled … the opponent doesn’t get it back, unless they become ‚The Monarch‘. Remove Palace Jailer? Yeah. So? Let’s do the count. For 4 mana I remove my opponent’s best targetable creature, get a 2/2, draw a card and likely will draw more cards later. BECAUSE: Taking away ‚The Monarch‘ from me is quite a terrible task when your best creature just got exiled, I added a body to the board and now draw two cards a turn to destroy every plan you might have. In other words: The card nearly has ‚I WIN‘ written on it. Unless you are very ahead or chain together an unlikely combination of removal, flying, haste and vigilance while the resolver of Palace Jailer floods hard … your hand might just crumble to pieces. I have never felt as helpless in years of Highlander play, as when Palace Jailer hit the board against me. I looked at my hand and often there was absolutely nothing I could do. Even when I had Kaya, Ghost Assassin which is another ridiculously overlooked Highlander bomb (likely a top 3 walker) it is really tough. Leovold, Emissary of Trest is also a decent answer to Palace Jailer but doesn’t get your creature back or erase the card advantage already created.

After testing Palace Jailer for a while now I think the best way to describe it is … he feels like a planeswalker but you can do three abilities right away: Exile a creature, make a 2/2 and draw a card. Decent. From that point on it’s just like a walker that draws you a card every turn. Palace Jailer is very, very, very busted. Especially in Highlander where games tend to go longer than in Legacy obviously (where it has still shown up in WW) and this card is good against almost any deck. Even against RDW it’s fine. Test it. Enjoy it. Do it now. It will probably soon be banned. This card is so broken that it has lately made looking at any discussion about other cards seem literally silly. Chuckling again.

I would like to thank PhilR from the magicplayer.org forum for posting a tournament report about his Mardu Superfriends deck. The inclusion of Queen Marchesa made me and Lukhan look at all the Monarch cards again and go „Huh?“ simultaneously in our FB chat window while looking at Palace Jailer (11:14 AM, 11/6/2016, classic moment that started with me asking „what does monarchy say again?“ and ended with the letters „WTTTTTFFFFFFFFFF“ by Lukhan at 11:41 AM). You made that possible. Epic. Tournament and jailed-faces-report incoming. I will probably underperform hard out of pure joyful excitement. But as long as there is a remote chance I can find Palace Jailer in my deck it’s fine. This is fine.