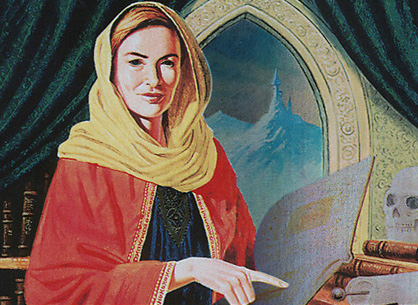 Today marks the 1st October, which means the release of a new Ban/Unban Announcement. The Changes read as follows:

Entomb and Imperial Seal are unbanned
Mystical Tutor is banned

(The official Statement can be found here: http://www.magicplayer.org/forum/index.php?topic=1319.0 )

Since this should not be a wall of text but a short sunday read, I just decided that every word I spend on the Unbans is one word less I can spend on the Mystical Tutor Ban – which means I won’t talk about Entomb and Imperial Seal at all (shortest version: I think it is a necessary and correct unban in Imperial Seal’s Case, and a more risky but also good unban in Entomb’s Case).

Let’s get to the reason why I wanted to write a short article about the announcement: I do think the Mystical Ban is very wrong. Why?

1. I do not think Mystical Tutor is one of the Top5 Blue Cards in the format – Dig through Time, Treasure Cruise, True-Name Nemesis and Mana Drain are the Top4 in my Opinion. The 5th best is Snapcaster Mage, I think (there could be an Argument made for Jace, the Mind Sculptor or Brainstorm). Every one of those 4 Cards are more reasonable Bans in my opinion. Dig Through Time and Treasure Cruise are busted Magic the Gathering Cards that win the attrition war. True-Name Nemesis is a card that gives you free wins on Turn 3 and makes for unfun, noninteractive Magic. Mana Drain breaks basically every Rule in Magic (Fast Mana, Free Mana etc.). But Mystical Tutor?

2. But Mystical Tutor gets most of these cards! So Mystical must be super strong, right? No. Mystical for Dig doesn’t scare me, Dig cast naturally does – this is what difference one single Magic the Gathering Card/One Draw Step makes. So let’s look closer at that most likely target in everything thats not Izzet or Scapeshift, which is indeed this poweful delve spell: I would argue when Mystical is cast after Turn 4 its main and most likely target is Dig through Time. And when Mystical is cast before, the Mystical Player is in Trouble anyway and probably just got something to not fall too far behind on board (because you are 1for2 yourself of course and card disadvantage is something you want to prevent). You could argue every Mystical Tutor cast Between turn 1 and 3 is „desperate“ and basically a card that is not good – just like Mystical Tutor for a single removal spell is not good but often necessary – it is cast in the hope for something that keeps you in the game. So what you wanna do with Mystical is basically hold it and then use it to either

A. Create you Value in form of Card Selection of Card Advantage

B. Get you the Game Winning Card.

Regarding A – It is quite hard to create an advantage with Mystical. Dig through Time is a 2for2 (getting even on cards). You are trading Mystical and Dig through Time and an investment of probably 3 Mana for 2 Cards out of the Top 7. That is not overpowered – it is not even something I would call „super powerful“. And that is when it resolves. When it does not (and in a Meta some call „The Age of Aquarius“ it is not unlikely you get your tutored Dig countered) you are 1for2 yourself again: You trade your Mystical + Dig vs a Counter by your opponent. Now, you can get Treasure Cruise to get ahead on cards (+1 card, 3for2). While that again is not a super powerful play, it is also made more unlikely just because Dig Throught Time exists. The Scenarios where Treasure Cruise is the correct Mystical target are very limited. It is basically only better than Dig early in the game where Raw Card Count matters, where you are fine with any cards at all, when you are in Need of Lands and Spells. I would argue that every Mystical after Turn 4 (and like mentioned above: this is where Mystical stops being desperate and bad) is getting Dig rather than Cruise. Why? Cause in this Day and Age, where the permanents are getting more diverse and you get pressured by Planeswalkers, Creatures, Vehicles, Manlands, you need specific cards and not just „cards“. Why I am talking about Dig through Time so much? Because if we judge the power level of a card we must look at the scenarios where the card is showing its power, how strong that scenario is exactly and how often it occurs. The scenario occuring most often is getting Dig Through Time, it occurs quite often and it is powerful but not amazing. „But the flexibility, the flexibility!“ – I disagree, Flexibility is rarely worth trading 2 cards for 1. Flexibility is nice and important but there are limits and many spots where you can’t just make that Flexibility vs Hard Card Count trade.

Regarding B – To get a game winning card with Mystical is very tough when you are not playing Izzet including Ruination / Price of Progress or 4c Scapeshift. What are you getting? If you are not playing one of those decks, it is hard to get the game winning instant/sorcery – you probably end up with Dig through Time again (and if you’re not and just get a Removal-/Counterspell your Mystical is not really that good of a card). Mystical is just so much weaker than Demonic at finding a card that actually puts a game away (Jace can run away with a game very quickly for example) since you are always trailing with that -1 Card that comes with it. It can get a sweeper in spots, that is common, but how often is that truly Game Winning? You must sweep at least 2 creatures by Opp to create a scenario where you are not creating card disadvantage. And again in this Day and Age, threats are so diverse, the days of sweeping away 5 creatures and winning the game beause of that are over. I often see people hesitating when playing Mystical Tutor – and that is because most of the time there is no clear target – there are alot of DECENT targets but nothing that gets you ahead in a significant way. That is also due to the fact, that Magic is now more Permanent based and Spells havent got the Power Level Upgrade that Permanents got – a weird time to ban a tutor that creates card disadvantage and can only get spells.

3. The „It makes Izzet so strong“-argument is flawed. Izzet is a good deck. But outside of Mannheim I have never heard anybody say „It is the best deck“ (in our format, which is small, dwarf-like almost, I’d be very careful with calling any deck the best anyway). Lets look at some facts
A. We play a Format that is played in many parts of Europe
B. We have a 8-Person-Council where 2 Members are coming out of the same 300Thousand-People City and who play in the same local meta
C. The Deck that is the strongest in that particular City is being used as an argument for Bans/Unbans
That is something that is kind of hard to accept. I think Maqi and Vazdru are doing good work, they are 2 of the active and more present Council Members, but by now the Mannheim Meta is mirrored in the councils decisions. We, in Berlin, were visited by a Mannheim Izzet Player at one of our FNM tournaments. He previously had won a bigger tournament in Mannheim with that deck. Super nice guy, very pleasant, good player. During the rounds we had a talk about what the best deck is and he was very convinced that it is indeed Izzet and that it is not close. I saw Mannheim results before but it showed me how strong some Mannheim Players feel about Izzet as the best deck. And while that is reasonable, everybody makes their conclusions out of the games they play in their local format, this can not be used in a ban/unban statement imo. I, for one, think Izzets Matchup vs RDW is worse than 40/60 and since RDW is a widely played deck, that alone makes the whole „izzet is problematically good“ opinion questionable to me (not even talking about the many other problematic matchups Izzet has).

4. Lately I have been playing Dimir Delve/Dimir Control and I don’t play Mystical Tutor – and by that I don’t want to say I know it better BUT I think it is important to point out that there are blue players out there that do not play Mystical Tutor. And they do it for a reason, they think it is „not good enough“ for their deck. While that might be also due to personal preferences and play style, it is so hard for me to believe that some players out there do not play a blue card that is banworthy. And when we turn this into „Well it is much better in Izzet and Scapeshift“ – we are back to a flawed argument since Izzet is good everywhere, but only problematically good in one place. I would have understood bans of every of the „Top4“ Blue Cards, but Mystical makes very little sense to me. The Goal should be to have a banned list that is as short as possible and putting card on there that some people do not even play and others, who play it, are often unsure what to get and play it in desperate ways, is something that is a little baffling to me. When we exclude the whole IzzetGate, which we should, it all comes down to Power Level and on a sheer Power Level Scale Mystical Tutor is a „fine“ (and imo in many blue decks „hardly playable“) card. Its Power Level is so far away from Demonic Tutor’s and even Tainted Pact’s Power Level that even IF the Izzet/Blue Deck Argument was valid, even then it would not make that much sense to me.

I want to finish out by saying that I appreciate the work the council does and that I know they put alot of thought into their decision and do not take it lightly. Also I want to say, that my point of view (just like theirs) is a personal one that is likely shaped out of the games played here in Berlin. Have a good sunday.