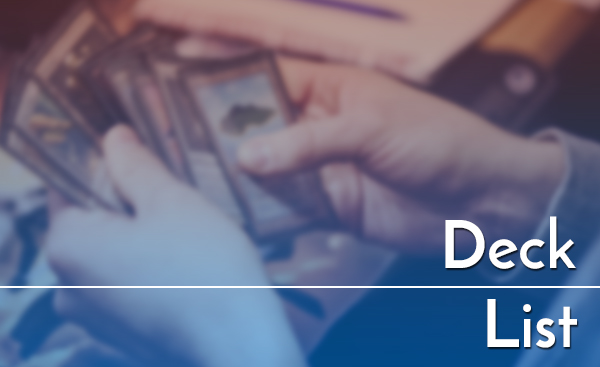 I am a midrange player by accident. The 100 cards I owned at the time fit the midrange strategy, when I started playing Highlander 2012. Now my cardpool allows me to play almost any deck, be it combo, aggro or control. After my infamous MGM 5 performance (35th Place) with artifact combo I am curious to combine midrange and combo. Partially inspired by the newly released cards. 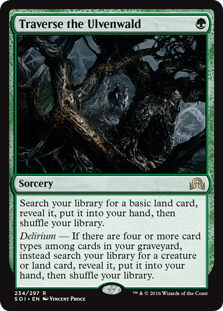 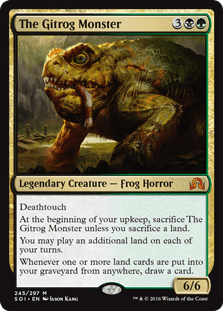 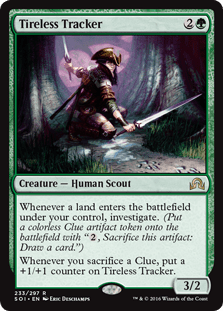 The Gitrog Monster really is monstrous if it resolves. Combine it with Crucible of Worlds, Fastbond, Courser Of Kruphix and/or Zuran Orb and you most likely win the game. Such card advantage is unseen in Golgari colors.
Dredging Life from the Loam to trigger The Gitrog Monster again for even more value, will be the icing on the cake. Maybe I am already wandering in the Magic Christmas Lands with my golgari friends, and this will never occur, but lets keep the tank running. 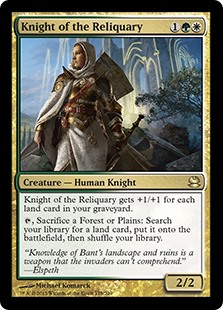 Obviously this deck will be in Golgari colors, and have a land theme. Tireless Tracker looks like a value machine in such a deck. Draws cards, lands matter, swings for the win.
Despite Golgari staples like Demonic Tutor, Abrupt Decay I need to thin my deck and add ways to find my combo pieces. Enlightened Tutor is the first choice, since it gets all relevant pieces. Adding white gives the deck the Abzan feel it wants.
Especially Knight of the Reliquary fits perfectly. White also gives us another major piece of the deck: Horizon Canopy. Lets not forget Voice of Resurgence, Quasali Pridemage, Siege Rhino and Restoration Angel. So Abzan it is. 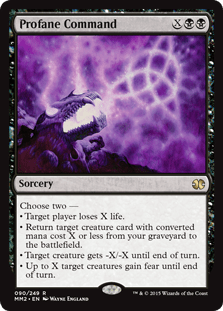 But after building a first Abzan Combo list, the combo didn’t feel reliable enough. The deck was lacking blue. Ponder, Preordain and Brainstorm are perfect for thinning the deck and get relevant cards. But its really Bring to Light, Wargate, and Mystical Tutor that make the choice easy. Plus Tainted Pact is now playable in our Dark Bant Combo Deck.
Once we have infinite mana, draw our deck with the Gitrog Monster + Fastbond + Zuran Orb + Crucible of Worlds, how do we win?
Many Other combo decks use Stroke of Genius to mill the opponent’s deck, but this card doesn’t fit into the midrange part of the deck at all. Instead I will play Profane Command. Its versatility is already strong enough to make it playable in Highlander, but also being a major win condition, makes this card even better.

Here is my final decklist:

The first competetive testing will be at the next FNM in Berlin. Let’s see how it performs. Until next time. Durdle Turtle out.